“I never thought that I would become a victim of a scam. It was a traumatic experience. I have since installed antivirus software on both my phone and computer.”

I believe most of us can resonate with the above remark by Diana (not her real name).

Diana was attacked by ransomware in May 2020. She responded to a pop-up message saying that her computer is at risk and that she had to seek help immediately. This happened to her because her computer’s antivirus software had just expired. Diana was nervous and immediately reacted by calling the number on the pop-up message.

The person picking up the call sounded confident and identified himself as a staff of Microsoft, and was to assist Diana with her computer problem. Diana could never imagine that she had fallen into a scam trap because everything seemed to gel, given that her anti-virus software had just expired.

Diana never doubted that Microsoft would be the first party to know about her computer being under attack by viruses, and allowed the ‘Microsoft staff’ to remotely access her computer for addressing her computer problems. The staff provided Diana with a list of fake photos to make Diana believe that her computer was hacked by eight people and persuaded her to provide her banking details on the pretext that it was to prevent her bank account from being hacked.

Diana only realized that she was scammed after she received a call from her bank informing her that an amount of S$ 35,000 had been transferred out from her bank account. She was devastated and immediately filed a police report. As a result of her swift action, the police department was able to track down the scammer and helped her recover the full amount.

Diana was fortunate to be able to recover her money. The Commercial Affairs Department reported 317 tech-related scams in the first half of 2020 in Singapore. There were over 30 cases with victims losing up to S$ 15 million compared to S$ 340,000 over the same period in 2019.

I received a number of international phone calls from scammers in 2019, but I noticed that scammers had started to use Singapore numbers beginning with the +65 country code.  I try not to answer the calls when I don’t recognize the numbers. Surprisingly, scammers are now using spoofed numbers from local telecom companies.

We need to stay alert of cyberthreats, as the scammers are growing, and getting very sophisticated these days. Installing a reliable antivirus software is important to protect your computer and mobile phone from hackers. 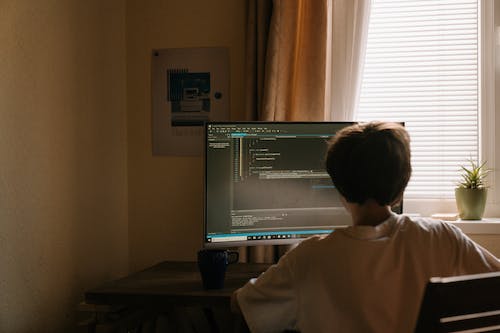 The terms, virus and malware, are often used interchangeably. However, a virus is one of many types of malware.

Ransomware on the rise

Cybercriminals often tricks users with displaying phony messages pretending to be from local law enforcement, to convince victims to pay a ransom. Messages often include warnings such as, “You have browsed illicit material and must pay a fine.”

These cyber gangs use ransomware to take over your computer and blackmail you for money. Professional cybergangs use intelligent malware embedded on your computer, identify which country you live in (via your IP address) and present messages in local languages with a logo of local public authorities.

Different types of malwares are being developed constantly and criminals vary the code slightly to get past cybersecurity software.

Ransomware is predominantly found on suspicious websites and gets installed either via a “drive-by download”, stealth download or through a user clicking on an infected advertisement. Some instances of malware being distributed via email have also been found.

If a victim does pay the ransom, then cybercriminals often do not restore the functionality of the computer. The only reliable way to restore computer functionality is to remove the malware.

How To Prevent Malware, Ransomware, Webcam?

Ensure your security and system software are current and  up-to-date.

One of the most common infection is a malicious exploit that leverage on a software vulnerability. Therefore, keeping software up-to-date helps minimize the likelihood that your system has an exposed vulnerability in it.

Make sure you are leveraging the full set of protection features delivered in your security product. Norton products offer multiple layers of protection you want in a single solution.

Use a firewall to lock down your network

A firewall is a network security system. It provides a wall of defense by monitoring traffic to and from your network. In short, it helps keep the bad guys out.

Your computer probably comes with a firewall, which will prevent unauthorized access to your computer. Keep in mind that most firewalls need to be turned on. If you’ve never
enabled your firewall, it’s a good idea to do it now.

Cover or unplug your webcam

Hackers can hijack webcams to capture compromising images of unknowing victims and in some case, have reportedly demanded ransom in exchange for not distributing the image or posting it on the web.

One low-tech solution is to cover your device’s in-built webcam with a sticker or tape .

A VPN can increase your online privacy and anonymity by creating a secured, private network from any internet connection you access, whether it is at your home or over a public Wi-Fi network.

Access to public Wi-Fi networks makes you susceptible to hacking. Adding a layer of VPN protection helps to protect the data you send and receive while accessing public networks.

Cybercriminals are exploiting the coronavirus outbreak to send fake emails with dangerous links to employees. Here’s how it works – the email messages may appear to come from company officials and might ask you to open a link to a new company policy related to coronavirus. If you click on the attachment or embedded link, you’re likely to download malware onto your device. Don’t click. Instead, immediately report the phishing attempt to your employer.

Why it’s important: A phishing email with malicious software could allow cybercriminals to take control of your computer, log your keystrokes, or access sensitive business information and financial data. 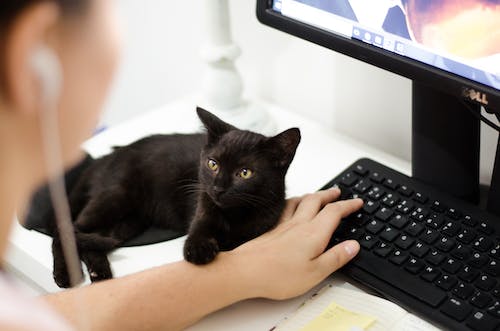 There are many top brands to choose from, and also free versions from providers like Avast and AVG (which is now owned by Avast). However, in terms of premium, paid antivirus products in Singapore, the major players are Norton, McAfee and Kaspersky.

‘You get what you pay for ’ and in terms of protection features and capabilities, the paid players are way ahead of freewares like Avast and AVG.

Here are a few points where Norton stands out from the paid versions of Avast:

*Only available with Norton 360 Deluxe and Premium plans

Cybersecurity for your Mobile devices

Norton Mobile Security is an award winning mobile phone security service and virus protection app. This virus detector and remover for mobile phones helps protect your Android and iOS devices against malware, viruses and cyberthreats such as malicious apps, identity theft, and websites designed to steal your information and money. Norton has years of experience in providing antivirus protection for your PC and now it is also a trusted name in mobile phone security.

1,497,503 total
Roy Eisenberg
29 September 2020
It’s good but one time it got shut off somehow and it seems like you guys would know when a person’s disconnected from your app . It was off for about a month it’s a paid subscription for you to monitor my phone I would like to be notified if it get s disconnected or turned off. if you’re able to see if it has been turned off? Because I did not turn it off thank you can I would like to hear from you on this
Demetras Lyons
19 September 2020
Using Norton mobile security you can’t go wrong and here’s one of the reasons why, there are thousands upon thousands of new viruses every day with hackers working as hard as they do, Norton Symantec working just as hard, but with a combination of 24-7 hard monitoring, blocking bad websites, protecting your privacy /personal info and features like Norton LifeLock and so many others you can relax at ease

Ease of use (product compatibility)