For voyagers with just a couple of days to spare, Cape Town is an astounding destination to explore and have a sample of South Africa best wine along with its world-class dining experience has more than enough reasons to put Cape Town on your next coming itinerary.

Spread over 40,000 square miles, the Cape Winelands include numerous regions, each with its own distinctive scenery, terroirs, and wine routes studded with gracious estates. Closest to Cape Town is the leafy suburb of Constantia, the country’s oldest wine region; Groot Constantia estate is 332 years old this year.

After that, drive to the historical celebrated regions of Stellenbosch, Paarl, Robertson, Wellington, and Franschhoek.  Apart from the Western Cape, South Africa’s ever-growing viticulture industry proceeds as far as possible up into the Northern Cape, the Orange Free State, and even the Midlands of KwaZulu-Natal.

Cape Town is wine heaven most of the wineries here are accessible as a day trip from the city.

Almost all the South African wine estates are set up to receive casual visitors. Online booking is often possible, but seldom necessary. Travelers will likely find a warm welcome from the well-informed staff with a passion for their product.

Some estates still offer free tastings, while others charge a nominal fee; it’s anything from 30 to 100 South African rand (around $2 to $6.50) to sample several labels. And relax — there’s no pressure to buy.

Pouring tends to be more generous than in California’s Napa Valley or Western Australia’s Margaret River. While serious connoisseurs who prefer to merely taste and spit could probably hire a car and drive themselves, a better option for the rest of us is to join a wine tour that will pick you up from your hotel or apartment. And if you’ve mapped out an itinerary, it’s perfectly possible — and probably cheaper — to get around by Uber.

There are 900 estates producing more than 9,000 labels annually in the Western Cape Town of South Africa since 1980;

For an introduction to the Winelands, drive 40 minutes east from Cape Town along the N1 motorway to the atmospheric university town of Stellenbosch with its evocative lanes, artisanal boutiques, and 18th-century colonial Cape-Dutch architecture.

From Stellenbosch it’s a 10-minute drive along picturesque Helshoogte Road to Delaire Graff Estate. Previously owned by wine-and-food buffs John and Erica Platter — the annual “Platter’s South African Wine Guide” is a local bible — Delaire was acquired in 2003 by Englishman Laurence Graff of Graff Diamonds and has been transformed into a fabulous destination for art, high-end retail, luxurious hospitality, and wine appreciation. The Wine Lounge offers a relaxed and elegant tasting experience, either indoors or alfresco. 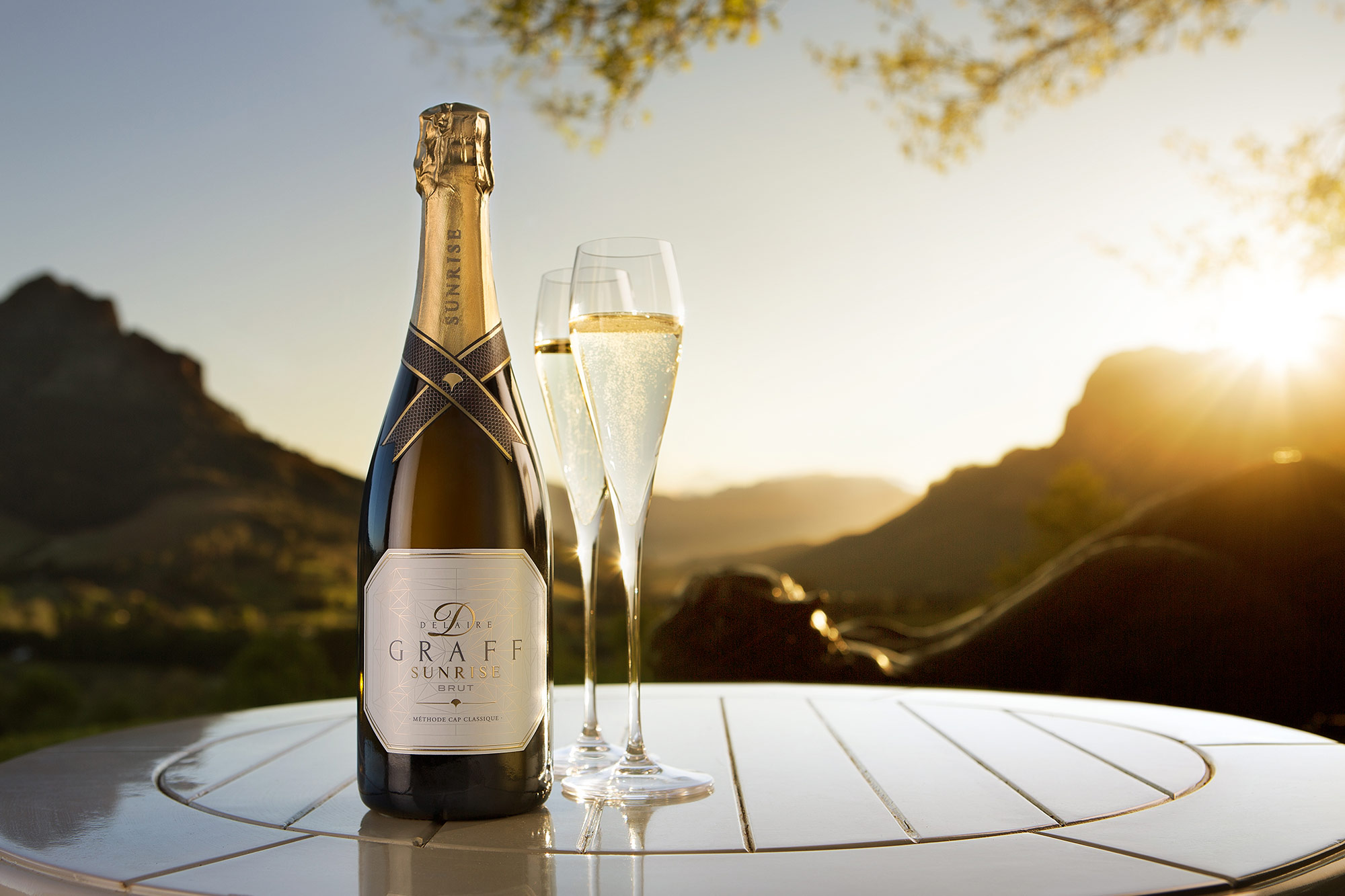 A wine tasting in the Western Cape.

Across the way on the slopes of Simonsberg mountain is Tokara, a favorite of wine connoisseurs. It can also be visited by an Airbus helicopter that departs from Cape Town’s V&A Waterfront, in which case it would be silly not to make a day of it with lunch at the fine-dining Tokara Restaurant.

Next door to Tokara is Thelema Mountain Vineyards, most famous for its rich cabernet sauvignon. Here you can also taste wines from the cooler Elgin region where Thelema winegrower Gyles Webb owns another estate.

From there, follow the R45 to Groot Drakenstein and stop at Boschendal — if only for a photo of its circa-1812 homestead, an evocative example of Cape-Dutch gabled architecture. What’s more, its chardonnay pinot noir MCC (or Méthode Cap Classique, referring to the bottle fermentation process) is eminently quaffable.

With several wine-tasting sessions under your belt, it’s likely time for lunch. Continue to the enchanting village of Franschhoek, originally settled by my own ancestors — French Huguenots who fled France in the 17th century to escape religious persecution for their Calvinist Protestant beliefs and who subsequently made an important contribution to wine production in the area.

The town is home to the fabulous Reuben’s, located in a bright and spacious converted warehouse. Celebrated chef Reuben Riffel (born in the area) owns several eateries around the country and opened this one in 2017; he has another in nearby Chamonix, where he cut his culinary teeth.

Leave some room for a tasting at award-winning L’Ormarins Wine Estate, now owned by billionaire Johann Rupert and still part of the Anthonij Rupert wine stable. 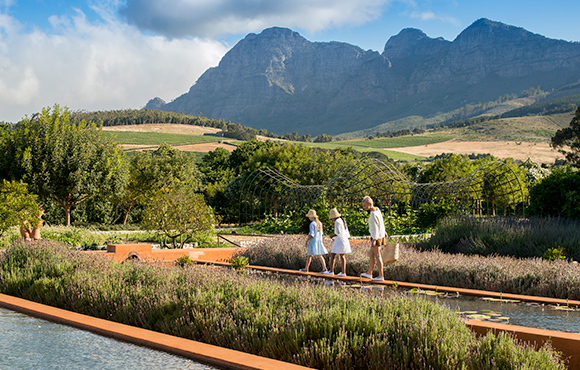 Before returning to Cape Town, take the R45 to Simondium to reach one of the oldest and most historic Cape-Dutch farms, Babylonstoren. It offers a 30-minute tour of its wine cellar and olive press as well as a restaurant, tasting room, and an inspirational fruit and vegetable garden.

Day 2: The Beauty of Constantia

Just a 20-minute ride from downtown Cape Town, Constantia’s wine estates are ideal for a tasting or two (or three), followed by lunch. Luckily, the area’s most celebrated restaurants are located within the wineries.

Pair some of Constantia’s finest wines with the outstanding cuisine at Chef’s Warehouse at Beau Constantia, consistently ranked among South Africa’s top 10 restaurants. Lunch is best for appreciating its stunning vineyard views. 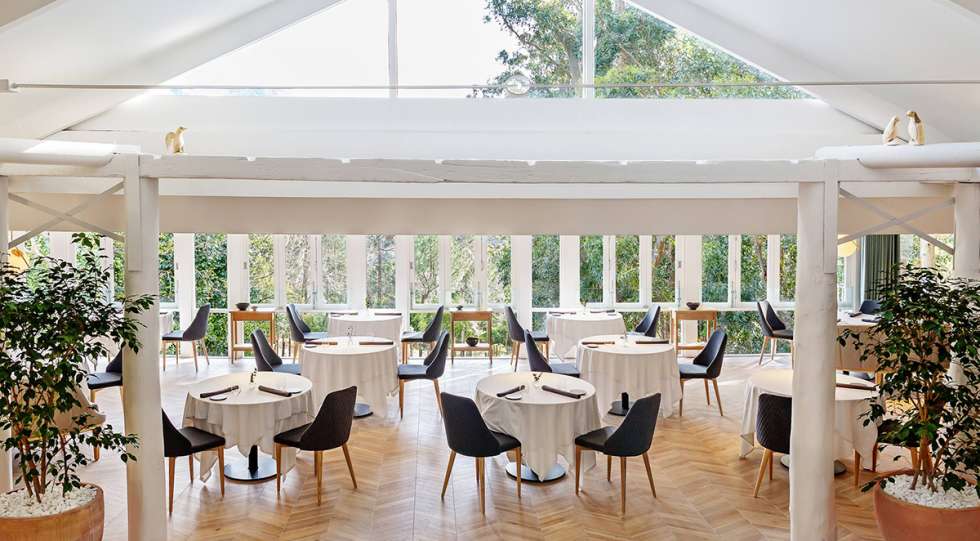 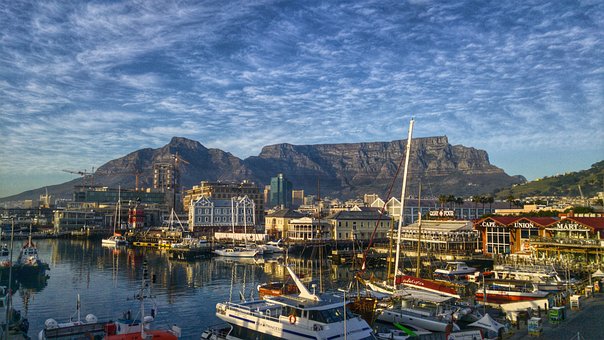 Cape Town’s has many to offer, some highlights include riding the cable car to the top of Table Mountain for stupendous views, shopping for pan-African souvenirs at Greenmarket Square, and taking the picturesque coastal drive from Camps Bay to Llandudno past the Twelve Apostles mountain range to the charismatic fishing village of Hout Bay. 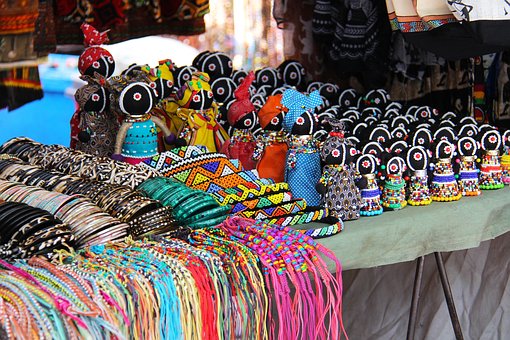 Cape Town has hundreds of restaurants with a wide range of cuisines and wines at exceptionally reasonable prices for the international traveler. However reputations rise and fall with time, so be warned: a randomly-chosen eatery in the touristy area by the Waterfront may prove disappointing. 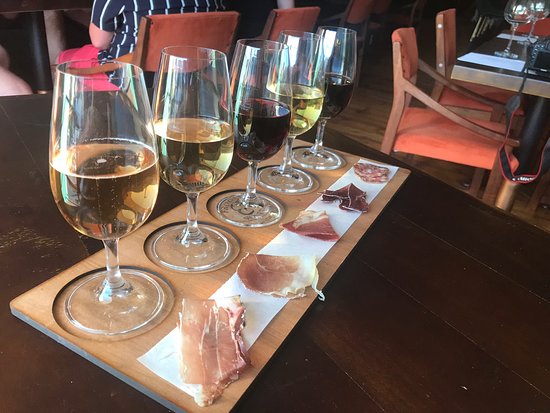 The Test Kitchen in the suburb of Woodstock is helmed by U.K. chef Luke Dale-Roberts and was rated as one of the world’s Top 50 restaurants in 2019. Or try Fyn (pronounced “Fain”), the new downtown restaurant by chef Peter Tempelhoff that is serving kaiseki-style fusion food and receiving rave reviews. For dinner and a show, get a seat at the kitchen counter and watch the chefs at work.

Villa 47 is a relaxed bistro where chef Clayton Bell presides over delicious Italian fares such as carpaccio of octopus and the lightest tortellini this side of Bologna. For old-school Italian with traditionally dour service, Seapoint’s La Perla remains a top hangout for Capetonians.

While in this area, pop into the friendly Frogitt & Vonkel wine bar for a pre- or post-dinner glass. The bar serves a selection of wines from estates around Cape Town, but also South Africa at large as well as Namibia.

Cape town is exciting, funky, and cosmopolitan. It is one of the beautiful cities in the world. There are many reasons for travelers choose to visit Cape Town, the abundance of scenic and natural attraction, situated between the Atlantic Ocean and Table Mountain, is one of the world’s Seven Wonders of Nature.

Cape Town has a slightly more temperate climate than some other parts of South Africa, with four seasons. Cape Town is a 365-day destination. The best times to visit Cape Town are from March to May and from September to November.

Cape Town’s summer is the most popular and most expensive time to visit. Hotels and attractions are usually overflowing with travelers. The chilly weather around June and August with frequent rainfall puts a damper on tourist activities.

Autumn in Cape Town is the ideal time for wine tasting. The beginning of the annual wine harvest. Many of the wineries around Cape Town allow visitors to participate in the gathering and juicing of grapes.

How Safe is Cape Town?

Cape Town isn’t the most secure city on the planet, regardless of where you will be, you can guard yourself by being cautious and utilizing a good judgment. Try to avoid strolling outside alone around evening time, particularly in the case if you’re a lady or have been drinking.

How Expensive Is Cape Town?

Cape Town is costly than the urban areas in Africa, depend on where you go and do, in general, Cape Town is more costly compare with other parts of South Africa. Cape Town is home to a lot of hiker inns, a significant number of which serve moderate food and sling at a reasonable price.